This is a book cover I have done for a film student. The film (Cosmo's Quest) is about a spaceship which has on board artificial intelligence called Dynamica. Dynamica lands on Earth meeting a boy called Cosmo. She flies him up to space and shows him how mankind has damaged the Earth. He then has to choose three aliens who will help him to save the planet. This is the cover for the written story that will accompany the film as well as the individual character sketches. 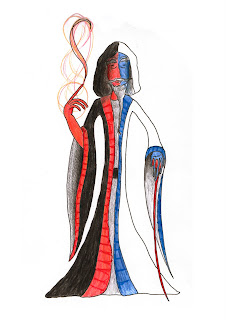 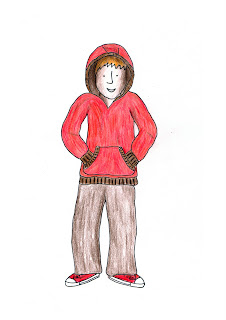 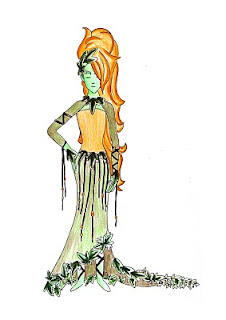 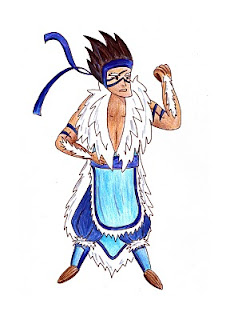 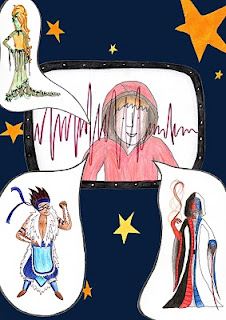